The knight leads the party, alone but closely followed by the paladin, ready to reinforce the front line. The two are ready to take the bulk of the wrath of incoming oponents ahead. But sometimes they can be overrrun. Sometimes, a third party member needs to step up to divert some of the enemy’s blows and give the priest time to intervene. Other times, things get so bad that they will need to step away from melee altogether.

The rogue is patient, but his time has come. Lost to the enemy’s eye, in the shadows, he steps in, bluesteel dagger drawn for a lethal assassination. It is so much more effective than his blowpipe that it is worth the risk of exposure. That blow to the vigilante’s jugular will turn the tide of battle. Then he can choose to fall out of sight again, then strike once more with vicious effectiveness. If the battle has truly turned to his party’s advantage, he may also choose to remain in sight and fight… fair.

Hordes of enemies are massed behind the melee, dealing damage with crudely fabricated but nonetheless efficient arrows. The party leader orders his companions to press forward, overtaking a few of the shooters, forcing them to drop their bows. Now the rogue is within distance and eagerly takes part in the hacking… 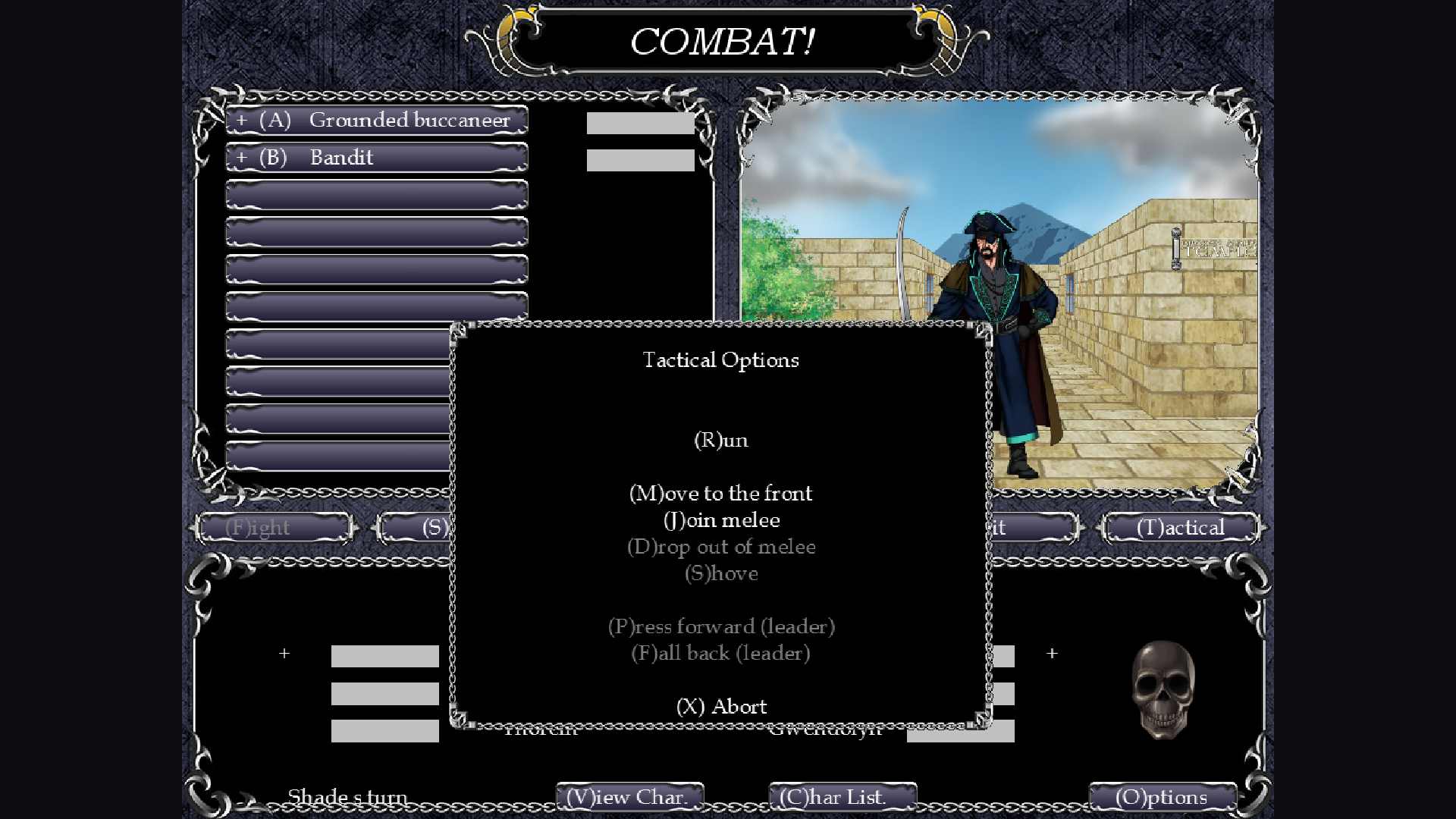 Underworld Gold has new combat rules that involve distance management, adding both realism and tactical depth. In previous versions only monsters were marked in or out of melee (a + indicated that they were in). Now the same goes for characters. This opened the door to a few extra tactical options.

– Any character can rush to the front.

– Characters in melee can choose to step back.

– Those behind the lines can choose to step in.

– Characters in melee can attempt to shove enemies out of melee.

They each have their advantages and drawbacks. A character that leaves melee avoids exposure from blades, but increases it for those left in. He can no longer use his melee weapon but can now use his ranged weapon (only available out of melee, except for archers). That can be a downside however because bows, crossbows and slings are typically less effective than swords and hammers. Previously, all characters were considered in melee, exposed to the monsters that were as well. Also, these actions use up a battle round for the character.

The first three can affect the order. If there are four characters in melee and the second leaves the pack, he finds himself leaving that second slot and taking the fourth. The third and fourth move up a notch and there are only three left in melee. If a character rushes to the front, all the others fall back a notch, but none leave the melee even if that character comes from behind the lines.

Enemies also have the option to join (this isn’t new) or leave (but this is) melee. Shooters and casters using the leave melee option, as well as melee fighters being able to join the meatgrinder,Â will make some battles more difficult and engaging. This affects their order as well. One consequence is that they are almost never left with no other choice but to wait. Previously monsters could only enter melee if the monster just ahead of them was already in. Now any of them can, anytime.

Note: These aren’t in the game, just here for illustrative purposes. 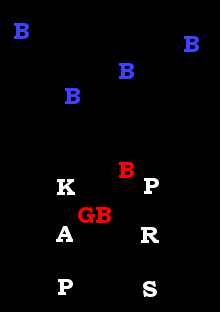 The above illustrates a combat situation similar to the one in the screenshot, only with a few more bandits.

The Knight, Paladin, Archer and Rogue are in melee . If the party formation was a little less neat one could imagine the rogue being just out of the melee but in this situation all four are marked with a +. The Grounded buccaneer and the first bandit are also in melee. The following four are not.

Now let’s see the options again in this context:

– Any character can rush to the front. Anyone but the knight will have this option. If the Rogue chose to do this the diagram would become something like: 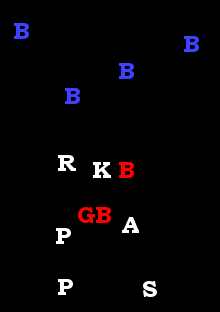 New layout after Rogue moves to the front.

Some shuffling occurs for the sake of keeping the three rows but it isn’t entirely necessary. I could also have kept the paladin close to the bandit and messed up the three rows but those are convenient for picturing and it doesn’t hurt.

– Characters in melee can choose to step back. If the knight steps out of melee at this stage there are only three left: 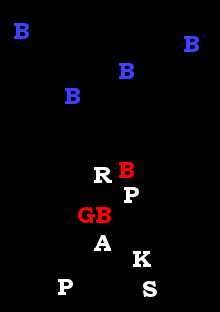 – Those behind the lines can choose to step in. Three may not be enough so the Sorcerer decides to step in front of the Knight (bad idea in most cases, unless looking for the Paladin’s (P)rotection perhaps): 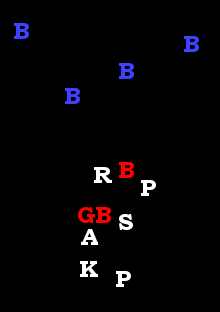 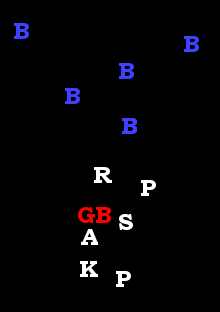 Bandit gets shoved out of melee. 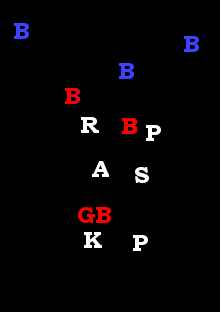 Right back to previous step 🙂

This makes combat a little less orderly. Monsters and characters alike can get all mixed up. It also opens the door to new spells and special attacks… 😉 Â Ultimately it makes combat more difficult, as monsters will have more opportunities to inflict damage.Â But the increased difficulty is compensated by new skills for the knight, rogue and archer, as well as a more favorable loot system. I may actually need to increase difficulty a bit more. More on those on the next post!

Also a lot of testing is in order to make sure the monster AI uses the new options coherently, and that I haven’t broken anything.

Any thoughts on this? Is the tradeoff between simplicity and tactical depth good or bad in your opinion? Discuss!